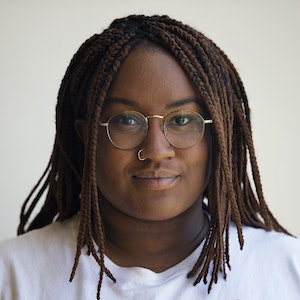 Brandi Fullwood is a senior producer for KUOW’s midday show Soundside. She joined KUOW in 2019 as a producer on The Record and was promoted to her current position in 2021. She has produced a range of stories from dinosaur experts to misinformation in the 2020 election. They’ve also produced and reported pieces for other KUOW programs like Seattle Now.

Brandi has written, produced for NPR Music, Noisey Music, and reported for the New Haven Independent. She grew a love for radio through Middlebury College radio station’s WRMC 91.1 FM.